During a recent visit to Athens, he met with Education Minister Niki Kerameus and explored the prospect of setting up a Columbia Global Center in Greece. Nine such research outposts currently operate around the world.

A Conversation About Sex, Power, and Assault on College Campuses

President Bollinger recently sat down with Columbia professors Jennifer Hirsch and Shamus Khan for a wide-ranging discussion about their new book, Sexual Citizens . The book offers a fresh way of thinking about the problem of sexual assault on college campuses.

"Diversity Has Become a Booming Business. So Where Are the Results?" October 10, 2019

Because of this decision, says Columbia University president Lee Bollinger, who as president of the University of Michigan was named in two lawsuits in which white students who’d been denied admission claimed reverse discrimination, “we’re deprived of the context that gave it a sense of mission. Every college leader is told, ‘Do not refer to history.'”

President Bollinger and Agnès Callamard discuss how the US should do more to respond to the murder of Jamal Khashoggi in a video for The Washington Post.

We asked President Lee C. Bollinger to sit for a conversation about the Core and its significance, not only to the College but also to the University and, more broadly, as testament to the far-reaching benefits of a liberal arts education.

Paper Ballots Are Essential to Securing Our Elections and Our Democracy

Public confidence in the integrity and security of our elections is essential for democracy to be a trusted means of governing, and that very confidence is now under unprecedented attack by foreign adversaries.

No I won't start spying on my foreign-born students

Law enforcement and intelligence agencies determined to thwart the illegal transfer of intellectual property to foreign rivals are encouraging U.S. academics and administrators to develop more robust protocols for monitoring foreign-born students and visiting scholars — particularly if they are ethnically Chinese.

Free Speech on Campus Is Doing Just Fine, Thank You

"The Freedom of the Press Is Enshrined in the First Amendment—But What That Means Has Changed," May 3, 2019

In democracies, the idea is that sovereignty rests with the citizens. In order for that sovereignty to be exercised effectively, citizens have to be able to discuss things and do so freely without interference of the government.

You can look at the modern jurisprudence of the First Amendment and see its development inextricably linked to the struggle for equality in the United States.

How the U.S. could prosecute Jamal Khashoggi’s killers

So far, the United States has been largely negligent in responding to Khashoggi’s murder. That the perpetrators of this grotesque crime must be punished is obvious, but so is the United States’ obligation to defend the exercise of constitutional rights — especially freedom of speech and press. Both goals could be achieved by the practical and direct application of existing U.S. law.

Interview With The New York Times

“In that time, there was a sense, pure and simple, that universities had to do their part to help integrate higher education,” Mr. Bollinger said. “We are still on that mission, but the sense of purpose and urgency and connection to the past have dissipated.”

At a time when more technology seems like the answer to almost everything, the key solution to protecting the integrity of future U.S. elections is deceptively simple. It’s a return to paper ballots — and manual audits — that can protect our democracy in the digital age.

Interview with The Brian Lehrer Show on WNYC

I think the recent statements by the [Trump] administration will not have a broad effect at this point in time. If they are followed by more concrete actions to discourage affirmative action, and if it is followed by litigation, that may be a different story. Not at Columbia, I think, because we will defend this to the end. But many universities can become skittish about being involved in litigation.

Interview with the Financial Times

"Graduating in Donald Trump's age of illiberal democracy," May 23, 2018

Can Free Speech Save Us?

“Persecution for the expression of opinions seems to me perfectly logical. If you have no doubt of your premises or your power, and want a certain result with all your heart, you naturally express your wishes in law, and sweep away all opposition.” That was written nearly a century ago, in 1919, in a dissenting opinion by Supreme Court Justice Oliver Wendell Holmes, Jr. The case, Abrams v. United States, involved five Russian immigrants who had been prosecuted for their distribution of leaflets in New York City praising the Russian Revolution, criticizing President Woodrow Wilson’s opposition to communism, and urging workers to launch a general strike in protest.

Interview with The New York Times

Interview with The Chronicle of Higher Education

"Trump May Find No Easy Targets if He Attacks Race in Admissions," August 3, 2017

Interview with The Los Angeles Times

Symposium: Is Free Speech Under Threat in the United States?

I know it is too much to expect that political discourse mimic the measured, self-questioning, rational, footnoting standards of the academy, but there is a difference between robust political debate and political debate infected with fear or panic.

Interview with The Owl

"Looking Back and Looking Forward: An Interview with President Bollinger," 2016-2017

The No-Censorship Approach to Life

The Chronicle of Higher Education, September 18, 2016

What’s true for the country is also true for Columbia. We don’t ban speech. We don’t censor speech. But make no mistake: This is no simple, clear-cut, self-evident principle or policy; in fact, far from it.

At the beginning of this year, Al Jazeera sued the Egyptian government for $150 million. The Qatar-based news channel presented its case before the World Bank’s International Centre for Settlement of Investment Disputes in Washington, DC.

The Supreme Court’s decision this week in Fisher v. University of Texas is a profound relief, and a cause for celebration among those of us in higher education who have long insisted that affirmative action is vital to our schools’ missions and to society as a whole.

Defending a Free Press in a Digital Age

A recent poll of leading newspaper editors found that more than half agreed with the statement: “News organizations are no longer prepared to go to court to preserve First Amendment freedoms.” The explanation: news organizations whose business models have been upended by the Internet have less money for litigation.

What Once Was Lost Must Now Be Found: Rediscovering an Affirmative Action Jurisprudence Informed by the Reality of Race in America

This academic year has seen college and university students across America calling on their institutions to do more to create campus cultures supportive of African American students and other underrepresented minorities. There have been demands to increase faculty and student diversity, change curricular requirements, and adopt mandatory cultural sensitivity trainings.

Reversing Affirmative Action Would Send us Backwards on Race

When the Supreme Court revisits affirmative action in Fisher v. University of Texas on Dec. 9, the legalistic discussion of narrowly tailored means and race-neutral alternatives will obscure a more basic question: Do the searing events and protests that began in Ferguson, Mo., and continue to echo across the country leave any doubt about how far we have to go to overcome racial discrimination and to achieve a truly integrated society?

Interview with Inside City Hall on NY1

Interview with The Brian Lehrer Show on WNYC

Americans Only Figured Out Free Speech 50 Years Ago. Here’s How the World Can Follow Our Lead.

We have been negotiating between the new and the old, the foreign and the familiar, tolerance and censorship forever. But digital communications and global commerce are remaking the world: Last year, there were more than 1 billion international travelers.

Sixty years ago this Saturday, on May 17, 1954, a unanimous Supreme Court held that state segregation of black schoolchildren was unconstitutional. Brown v. Board of Education marked a signal moment in American history—not only constitutional history.

Beijing has hinted ominously that it might rescind the right to live in China from as many as two dozen foreign journalists based there for U.S. news organizations.

To Move Forward, We Must Look Back

In the immediate aftermath of the Supreme Court ruling in Fisher v. University of Texas at Austin, the decision has been understood as upholding the principles underlying affirmative action to create a diverse learning environment, opening the door to a still unknown level of judicial review of admissions practices at colleges and universities, and generally sidestepping the most fundamental questions about diversity and race in America.

The Supreme Court has again upheld the principles behind race-conscious affirmative action, no small feat for the cause of diversity in higher education. But in framing the issue very technically, it has, wittingly or not, continued its drift away from the ideals it advanced in the civil rights era, beginning with Brown v. Board of Education.

The distance the United States has traveled in overcoming racial discrimination reflects one of our nation’s greatest achievements. Our long struggle toward redeeming the country’s founding ideal of equality has been embraced for decades by virtually every institutional sector in American society. But we still have a long way to go. 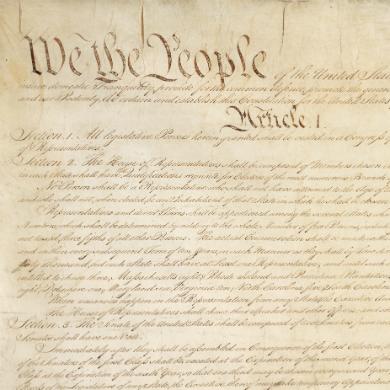 President Bollinger on Freedom of Speech and Press 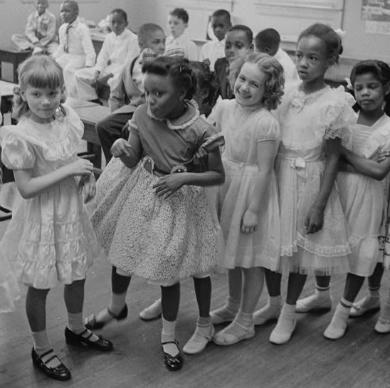 President Bollinger on Diversity in Education 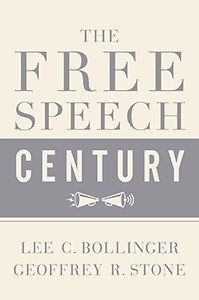 Published in 2018 by Oxford University Press 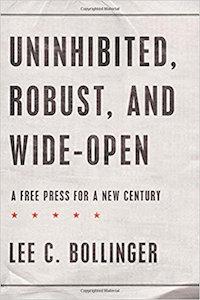 Published in 2010 by Oxford University Press 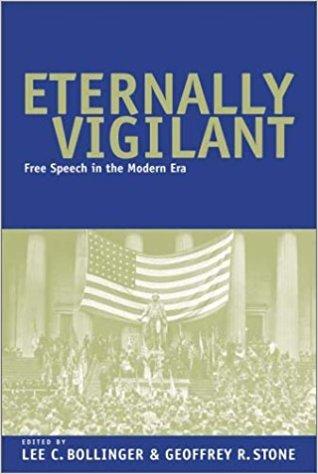 Published in 2001 by The University of Chicago Press 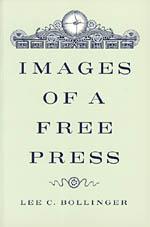 Published in 1991 by University of Chicago Press 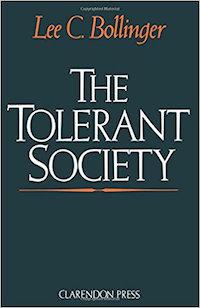 Published in 1986 by Oxford University Press