Committee on the Future of Voting

President Bollinger and Indiana University President Michael McRobbie co-chaired the National Academy of Sciences, Engineering, and Medicine’s Committee on the Future of Voting, which studied the issues of accessibility, reliability and verifiable technology in American elections. On September 6, 2018, the Committee released its findings in a report called Securing the Vote: Protecting American Democracy. 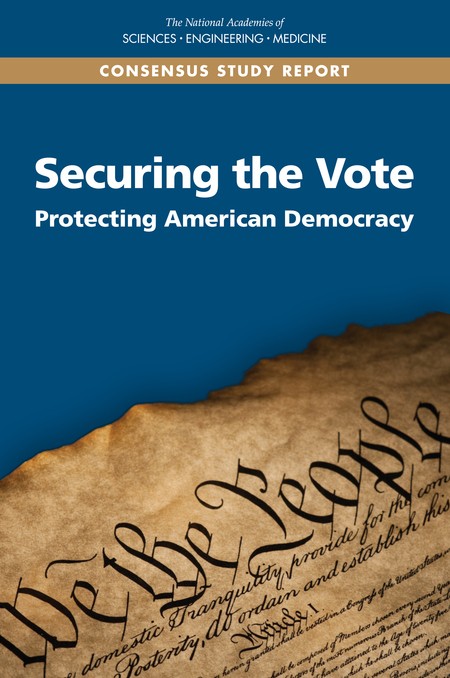 “We need to take collective action to strengthen our voting systems and safeguard our democracy. In addition, the nation’s leaders need to speak candidly and apolitically about threats to election systems. The American people must have confidence that their leaders place the larger interests of democracy above all else.”

Public Release of "Securing the Vote"

In Order to Prevent Another Voting Debacle, Turn to Paper Balloting

Paper Ballots are Essential to Protecting Our Elections and Our Democracy