Remarks Delivered at the Memorial Service for Peter Awn 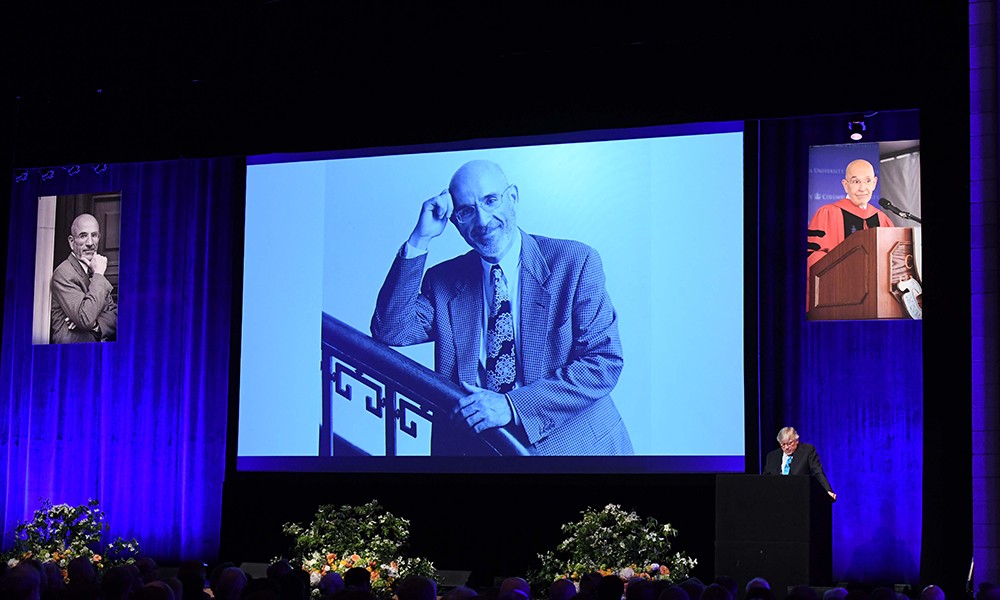 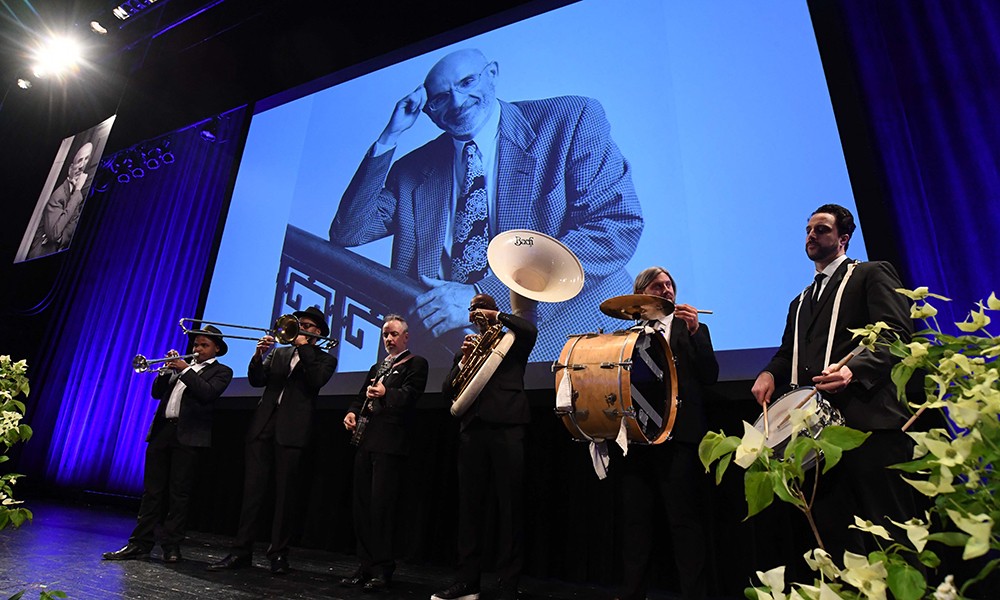 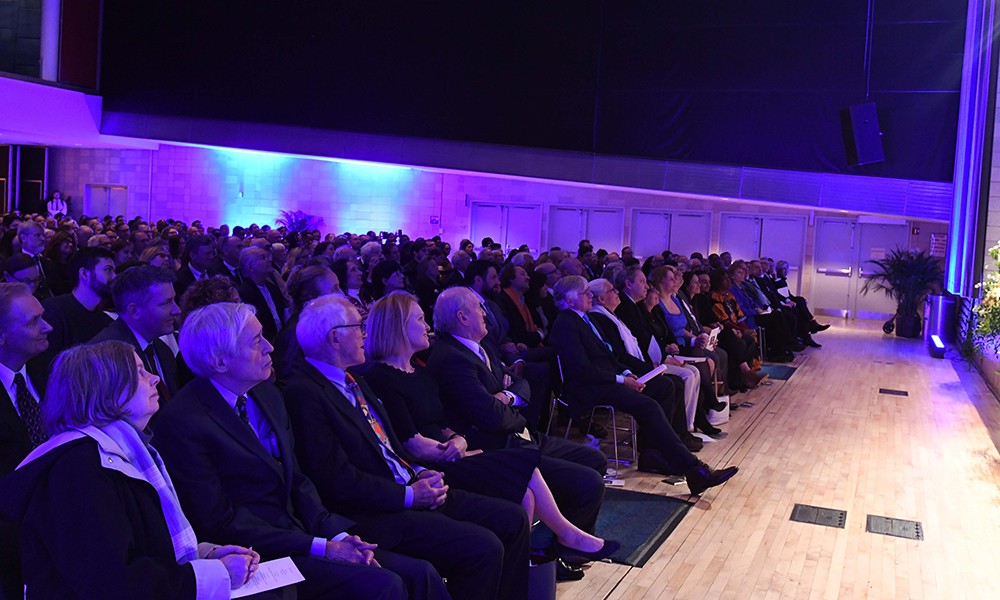 This is a sad day for Columbia, but a good one, too, because it was always a good day when you were around, Peter.

And I know these are feelings shared deeply and personally by thousands of Columbia alumni, students, faculty and staff, and certainly everyone gathered here this afternoon.

On behalf of Jean, myself, and the entire Columbia community, I want to recognize and express our sympathies to Peter’s close friends and family—Claudette Maraziti, Louise Crowley, Jackie Monteleone, Norman Laurila, and Rob Westerberg.

There is so much to be said about Peter. And so much more that cannot be reduced to words because, in the end, it was Peter’s unique and really undefinable presence that touched all of us who encountered him. His laugh, his gait, his nervous intensity, his brilliantly colored socks—He simply charmed us all with his exuberance, his universal warmth, and his loving and lovable generosity. People like Peter are never gone, even though they are in a physical sense.

Peter—I’m wearing this tie today for you.

As much as I wish I could, I cannot take credit for appointing Peter as Dean of General Studies. But I did reappoint him and would have continued doing so forever. He was one and the same with the School. You couldn’t really separate them in your mind.

Peter knew two important things: He knew that with the School of General Studies he had something unique because the students of General Studies were unique—people whose extraordinary talents and drive to learn and succeed had awakened in them at an age other than age 17 and who could feel that special sense of justice when the world is right because there actually is a place where you could fit in and be recognized as such for your gifts and ambitions. And he knew that the only thing he had to do was to make everyone else in the world realize and appreciate that fact.

Peter set about this methodically. Like all good revolutionaries, Peter had a slightly subversive streak in him, which was critical for accomplishing what he did during his several decades at Columbia. Before you knew it, the School had become larger and everything about it more consequential. He set his sights on the right goal of infusing the GS undergraduate educational experience with all that Columbia had to offer. There were, to be sure, untold opportunities to enrich the programming and curriculum offered to GS’s students—and Peter seized them: joint and dual BA programs with Sciences Po in Paris, the City University of Hong Kong, and Trinity College Dublin; a postbaccalaureate premedical program; access to the full range of academic classes and opportunities offered here to undergraduates; and many more

But Peter’s vision was larger. One of Peter’s great gifts, born of his personality and experience, was that he seemed to understand GS students—their motivations and their concerns—even before he met them. And so he turned them into his revolutionary forces. Not only has General Studies been successfully integrated into the greatness of Columbia, but the greatness of Columbia has now been enhanced by the presence of General Studies.

On so many occasions, I have found myself recounting the wonders of Columbia University and speaking proudly, and, I must say, eloquently, of General Studies—by channeling Peter, as it were. And, after I was finished, it was always as if I could see Peter walking away, with his special way of moving briskly, shaking his head with pleasure and satisfaction, and a smile of knowing accomplishment that his pupil had done well.

"There is a famous line from Montaigne, “In the closest of friendships, you can’t tell where you leave off, and the other person begins.” And that was true of Peter’s relationship with the institution he led. Completely enmeshed. He saw the potential of General Studies—how all the elements were in place to do something that had never been done before in higher education and the world."

In his final Dean’s letter published in The Owl alumni magazine, Peter wrote:

“After almost 40 years on the faculty and 20 years as Dean, I can say without hesitation that GS has now taken its place at the heart of Columbia, and that the mission of this unique college is an essential part of what makes Columbia a great university. The undergraduate classroom at Columbia is unlike that at any other Ivy League university because we take diversity to its logical conclusions by integrating age and experience into the intellectual discourse among students and faculty…  This full integration … represents to me the cutting edge of undergraduate education and deserves to be emulated at other highly selective colleges and universities.”

And, so, it was revealed that Peter’s path was not just integrating General Studies into Columbia, or transforming Columbia’s sense of itself and greatness, but of reforming all of higher education—and then, of course, the world. And so it will come to pass.

There is a famous line from Montaigne, “In the closest of friendships, you can’t tell where you leave off, and the other person begins.” And that was true of Peter’s relationship with the institution he led. Completely enmeshed. He saw the potential of General Studies—how all the elements were in place to do something that had never been done before in higher education and the world.

At the most basic academic level, Peter understood and grasped the power of discussing the Iliad with a student veteran, and reading Medea with a mother of two. He envisioned a School equal to the untraditional students it served, and he made it a reality.

But he also understood the national healing that needed to take place between the academic world and the gay communities in the military, and he helped enormously on that mission.

Peter Awn was that rare and special person who leaves many legacies. But it must also be said that in his own person he was such an incomprehensible mix of personal qualities and life experiences that his life, like his socks, was a continual surprise—and all this made him more naturally the very embodiment of a “humanist,” in the true sense of that word, as a person who relished the realities of the diversity of humanity.

Each fall, when the remarkable students of the School of General Studies arrived—some for the first time, some returning after summer break—Peter would tell all who cared to listen that General Studies students are a gift to our University community. He believed this in his soul, and he was right, of course—but with one important caveat: For the two decades that he led his School so magnificently, the greatest gift General Studies gave to this University was its Dean, Peter J. Awn.